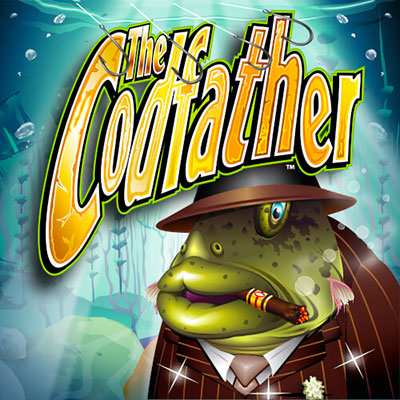 The Codfather is exactly what you think it is: a slot game that turns the famous Godfather into an underwater creation - think an underwater kingdom ruled by fish dressed as gangsters.

Have you always wanted to know what it was like to be part of a mob? In this game you’ll be working for the Codfather, bringing him other fish like Eddie the Eel, swordfishes and new henchmen. Stay on his good side, and he’ll pay you up to 5000x your stake. You don’t want to be sleeping with the humans, do you?

NextGen has been around for over a decade, delivering top notch slot games to the masses. They’re an Australian developer, bought out by Nyx Interactive in 2012. If it’s slot games based on well-known films/comics you’re looking for, then NextGen also offer:

The Codfather has 5 reels and up to 20 paylines – find 3 to 5 matching symbols (fish in a violin case, a seahorse head, worm on a hook, three mafia bosses) and you can get up to 150x your stake. Place your bet and spin the reels to start your very own mob movie. This slot game has two main symbols and two bonus rounds, plus a gamble feature.

The Codfather himself – if the fedora-wearing mob boss appears anywhere on reels 2, 3 and 4 you’ll go through to the Big Boss round. If you get him on a winning payline he’ll double your payout.

Free spins round – activated when you get 3 or more Codfather logo symbols in one spin. You’ll get ten free spins, with each win being trebled. You can get more free spins within this round too!

Big boss round – this round is activated by the big dude himself, the Codfather. This lets you pick one of five mob bosses who will give you some cash.

Gamble feature – when you win you can choose to gamble your winnings in the hope of doubling or quadrupling them! You must guess the correct colour/suit of the next card to win, and you get up to 5 guesses.

An interesting play on the Godfather – this slot game combines the underwater world with the mob world and surprisingly, it works and looks really good. This is an easy-to-play slot game which regular slot game players would find enjoyable.