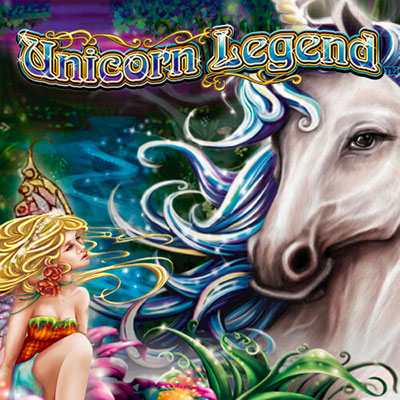 Enter the magical realm of the Unicorn as you wander through the enchanted forest searching for the mystical creature. Listen as the unicorn gallops when the reel’s spin and you make your way through the twinkling dusk of the evening woods. This fairy tale inspired online slot game has a cast of enchanted creatures that will accompany you on your journey to find the unicorn and her riches. We see the friendly owl, the enchanted castle, the woodland fairies and the forest flowers. Pixies flit around the wooded backdrop, with the purple skies and sparkling lights. You will feel as though you have climbed right into a Disney classic as you play Unicorn Legend.

Nextgen Gaming have shown impressive consistency in providing fun, easy to play and graphically stunning games, leading the industry in casino game development. The alluring settings they create as themes for their online slot games, have kept players coming back to Nextgen Gaming for more amazing titles, for the last two decades. In spite of top competition from other industry leaders, Nextgen have showed no sign of bowing to the pressure and have raised their game coming out on top, time and time again.

The legendary Unicorn, as mythological as we know it to be, was believed to be a real creature in medieval times. It was depicted as a symbol of purity and grace, only able to be captured by a virgin. The horn was believed to be a powerful medicine and able to cure all illness and heal injuries. This lead to actual hunts taking place to find these gracious beasts. Often the tusk of the Narwhal was sold as Unicorn horns and took pride of place in the company of Kings and nobility. This led to rumours circulating that some of the horns were fake, as they were so expensive and scientists of the day came up with weird and wonderful tests to ensure a horn was truly that of a Unicorn.

This online slot game takes us to the home of the Unicorn in all its magical glory as we spin for the treasure that awaits.

20 Free Games: Where Wild wins come with either 2x, 3x or 4x multipliers.

The free games feature can be retriggered.

This fairy-tale style game is easy to play and has cool features and bonus games. Fans of this cartoon, Disneyesque online slot game will be in their element.