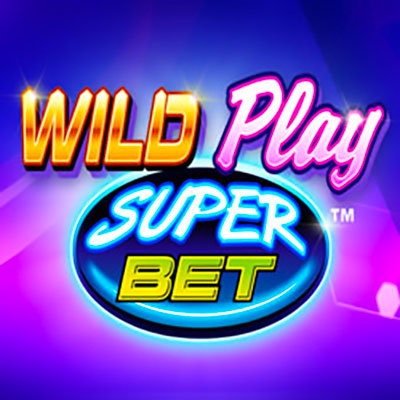 The reason Wild Play Superbet by NextGen is such an engaging slot game isn’t down to its graphics or even its theme, but because it gives players the chance to choose their own destiny with Super Bet.  The five-reel 40 pay-line game-board offers plenty of winning opportunities - including a stellar 300x jackpot - and the crisp space-inspired animation and audio are well done.  But by letting players select the multiplier value of the wild which also varies the RTP between 95.66% and 97.46%, NextGen really draw you into the action.

With over 20 years of online gaming experience, NextGen have shown their flair for creating imaginative and inventive games time and again.  Founded in Australia, NextGen’s commitment to innovation throughout their games portfolio attracted attention from international industry players until they were eventually bought out in 2011 by NXY Gaming.  To see why they are so respected, have a spin on one of these NextGen titles:  Judge Dredd, Dragon Wins, James Dean, Shangri-La and Foxin’ Wins Christmas - there really is something for everyone.

Wild Play Superbet is all about the action so let’s dive straight in.  Lower-level symbols include cherries, lemon and a watermelon, while an emerald, sapphire and a fiery red seven complete the premium symbol line-up.  The special symbols are a scatter bonus (appearing on reels two, three and four only) which is a blue jewelled slate marked with the word ‘Bonus.’

Last but not least, the golden ‘Wild’ sign underscored by a multiplier value substitutes for all symbols except for scatters, but like the scatter only appears on reels two, three and four.

As a default, the wild symbol is set at 1x multiplier any winning combination but players can change the value to 2x, 3x, 4x or even 5x the stake.  As each wild is cumulative, three wilds in a winning combination at 5x would pay a value of 15x your win.

The higher up you set the wild, the more coins it will cost you but the greater the RTP will be - up to an amazing 97.46% for the 5x level.

Spin three Bonus symbols to trigger the Free Spins round.  Players will receive 10 free spins with wilds worth double what you set them at in the base game.  For example, if you had the multiplier set at 5x when the bonus was triggered then they will become 10x multipliers with a maximum win of 30x your stake.  Furthermore, the Free Spins feature can be retriggered by landing more scatters during the bonus.

Wild Play Superbet is another great slot from gaming mavens NextGen.  Although fans of detailed video bonuses might feel a little hard done by, this is a game that will appeal to those who like to control the action and determine their own level of risk.  Will you take a chance by setting the wild multiplier at 5x?  You know you want to.