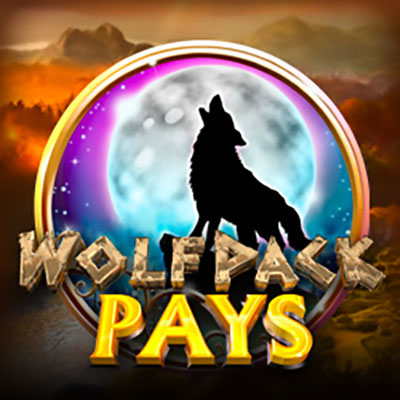 NextGen created this wolf orientated slots game back in 2016 and it has remained a popular casino games ever since. It has a high variance and an RTP of 97.76% but with just shy of £200,000 up for grabs, this never seems to be an issue with the frequent players as they just keep returning for more time and time again.

This is a five reel slots game with 243 paylines in play and there are plenty of bonus features to keep players occupied for longer periods of playtime. With all of the stereotypical camouflage colours being used through the game, you will never be the prey in this game but you will be preying on all sorts of other animal characters, including those of the soaring eagles and many different members of the wolf pack.

But you won’t be playing alone. There may be animals out to get you, but there are also animals involved in this online casino game that actually are helpful to you too. But can you work out which animal is on your side before the baddies take advantage of you? Be sure not to stray too far into the deep, dark wood before you know who is friend or foe.

There are multiple different bonus features available for you to use when you play Wolfpack Pays including the free spins feature which allows you to spins the reel without having to spend a single penny of your credit to be in with a chance of being able to win a substantial cash prize. Why not also see if you have the bottle to be able to take your chances by playing with the risk/gamble feature where you can risk your winnings and see if you can gamble them to be in with a chance of doubling your return or losing it all? If you want to increase the excitement, the tension or the anticipation surrounding playing this slots game, then this is one sure way to do it.

A more likely and less risky bonus feature for you to use is that of the wilds which can increase your likelihood of winning with specific symbols transforming almost magically to alter the alignment of the characters across your reels. It might just be the character you need to win some big money in this animal associated slots game.

With wolves everywhere, along with many other animals, there is a lot of nature associated with this specific slots game so if you love animals, you will be sure to love this slots game. Also, if you have a much more sizeable bankroll than the average player, this is a fun game to play as you can bet up to £1000 per spin on the reel to be in with a shot at winning the big jackpot prize.

Why not run with the rest of the pack today and see if you can get your paws on some big money which could be life-changing for your family pack too?