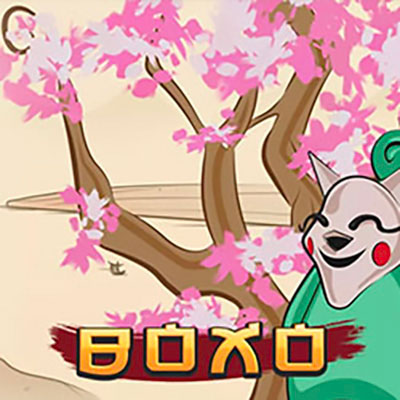 Why would you want to play a complicated slot game that would get your blood boiling after you've been through a tough time at work, or after you've finished doing all your domestic chores around the house?

You're supposed to feel relaxed in your spare time, which is why Leander Games has developed and released a simple slot game that will make you feel like you're at peace, while you make big winnings at the same time, Boxo. Once you've finished playing this game, you'll be going to sleep with a calm head and a big smile on your face!

Hosting in locations all over the world, and providing games in over 30 different languages, Leander Games are bringing a new way of playing online slot games into the industry.

They may have only been established in 2011, but don't be fooled by the developer's age, as the CEO obtains over 10 years of experience in online casino gaming. Therefore, the guys behind Leander Games definitely know what they are doing when they make every single one of their single iGaming products.

If you're interested to learn more about how innovative they make their games, read more about Boxo and how you can make some winnings out of it, as well as their other games like Reel Stackers and Zombie Rush.

Boxo really is as simple as many players would tell you. When you first load the game, you'll see a beautiful tree filled with cherry blossoms and a gorgeous beige landscape that's set as the background. But the 3x3 reel grid, the progressive bonus pots at the top, and the buttons below are what you're going to have to keep your eyes on if you want to win some big prizes

Like in all of the slot games that you may have played in the past, you need to get a matching combo that will add winnings to your progressive jackpot. In this game, you'll only need 3 identical symbols to show up in an active row to get those winnings.

That is quite a game changer, don't you think?

You wouldn't be able to find a more peaceful game to play that would make your wallet feel heavier than usual after you've experienced playing Boxo. The BONUS FEATURES that appear in this game really do bring a nice twist to the slot, which is a great factor that Leander Games implemented. And with an RTP rate of over 96%, what could be stopping you from loading Boxo up on your favourite devices, so you can calm yourself down after a hard day of doing tasks at home or work?