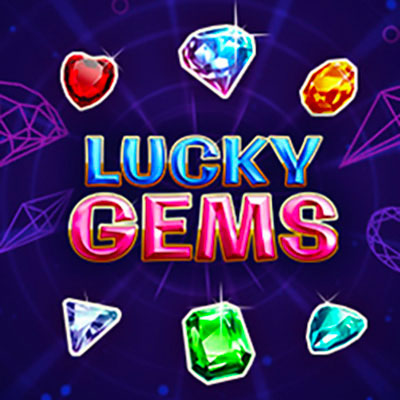 Any person in the world would get excited when they'd pick up a 4 leaf clover, stand at the end of a rainbow, or see a little hairy leprechaun jumping around you and granting your wishes. You can get that same excitement from the Irish themed online slot game, Lucky Gems, which Reflex Gaming was generous enough to develop and release on the internet for you to enjoy! Once you've finished playing this slot, you'll be saving it on your device and carry it around as if it's your own customised lucky charm!

Established in 2004, and specialised in multi-platform gaming to allow you to play their products from any device that you may have, Reflex Gaming is 1 of the most renowned developers not only in the UK, but also worldwide. To this day, they remain to be an independently owned manufacturer that employs only the brightest and talented artists and coders to make the best online casino games in the industry.

If looking at some of their previous releases like Treble Top, Best Of British, or Dragon Queen isn't enough to make you want to try out Lucky Gems, then knowing that they were ranked at no. 45 in the 2015 Annual Sunday Times Hiscox Tech Track 100 will make you have a change of heart!

Playing Lucky Gems on your favourite device reminds you about the traditional slot machines that you would have seen in pubs back in the good ol' days. You'll see a simple green pasture with a colourful rainbow behind your 5x3 which will also remind you of the the luck of the Irish.

Like in most classical online slot games, you'll see your low paying base symbols set as card values like 10s, Js, Qs, Ks, and As. Your high paying base symbols are set as the precious rubies, diamonds, emeralds , and sapphires which adds emphasis to the name 'Lucky Gems'. But are there any special symbols that will make you feel like you have the leprechaun dancing around you?

Talk about the luck of the Irish!

The limited amount of special symbols like extra WILDS and SCATTERS can make a couple of players feel like this game is old school, but the Leprechaun BONUS FEATURE that Reflex Gaming has implemented into this slot can make all the players in the world feel like they're sitting at the end of the rainbow. Why don't you give Lucky Gems a shot on your laptop, tablet, or smartphone today? It might provide you with the good luck you need after a hard day at work!