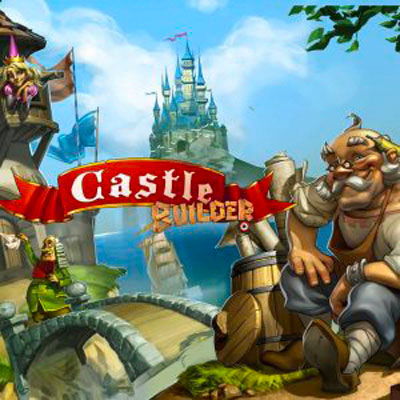 If you’ve ever fancied yourself the architect of your own sprawling, opulent castle, then this is the game for you.  In a fascinating twist on your typical slots game, Castle Builder allows you to build your own digital castle as you spin the reels.  You’re sure to feel powerful as you establish your kingdom and quickly expand it, creating fantastic structures as your wins accumulate.  Immerse yourself in Castle Builder’s rich storyline, and see how large your coffers might grow!

Based in Austria, Rabcat have been building a solid and impressive reputation in iGaming since 2001.  They have an especially forward-thinking ethos, and are on the cutting-edge of creative slots innovation.  Games such as ‘Castle Builder’ include exciting and unlikely elements that add a new dimension to classic slots gameplay.  Gripping storylines and motivating in-game achievements, alongside chances for cash wins, display Rabcat’s finesse when it comes to exploiting the possibilities of digital platforms.  Some of their other popular titles include:

This game really takes full advantage of the digital medium, combining elements of storytelling and gameplay achievements with the classic slots format.  The 5 reels sit to the right of the screen, housed in a stone castle outline, and to the left is a lush landscape with a large clearing – the foundation for your castle.  The reels are populated by an interesting cast of characters, many of whom represent playing cards.  There is a dapper-looking Jack, an elegant Queen and a regal King, for example, alongside castle doors, money bags and treasure chests.  Large rewards are up for grabs on basic line wins (up to 20,000 coins for 5 Castle Doors along a win line), giving the game a robust foundation of classic slots content.  The bonus features, however, make the architecture of this game really distinctive and eye-catching.

These bonus features include:

The high-definition graphics of this game are a real pleasure to look at, and the gentle musical score completes the game’s aesthetic nicely.

You’ll feel like King of the Castle, playing this unique title. Castle Builder is more than a slots experience.  It’s an engaging and rewarding game with progression and achievements onscreen achievements to go alongside cash rewards.