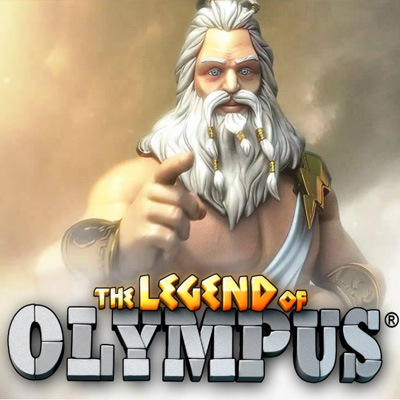 You’ve all heard of Mount Olympus, right? Even though you should have learned about it due to it being the home of legends, it’s more likely you’ll know it because of it being from Disney’s Hercules. No matter how you know of it, it’s where you’re destined to go when playing The Legend of Olympus, a 20 paylines, 3x5 grid that offers an array of payouts.

These type of historical activities can either prove to be a rip roaring success, or they stagnate due to a lack of imagination from the creators. In this instance however, the Rabcat developers have created a game that has buckets of character, presented inside an atmospheric set of graphics.

Despite there being plenty of their games available online, Rabcat is probably a brand you’re not that familiar with. This isn’t due to poor quality, but simply that other brands have managed to dominate the scene more notably. What is most intriguing about this, is that the label was established in 2001, making it nearly as seasoned as the likes of Microgaming and NetEnt.

Much like any developer within this industry, Rabcat has made themselves a part of the crowd by offering a diverse range of products. However, at the fore of these is their trademark of 3D graphics and innovative gameplay, aspects of which you’ll see upon the reels of The Legend of Olympus.

A good vs evil theme is at play upon the interface, with the lightness of the sky in stark contrast to the flaming red depths of the earth. Stood in between these two portals is the structure of the grid, proudly battling to stay in place and win you some money; it’s a beautifully laid out, well designed slot.

In regards to the gameplay itself, there’s three special features worthy of note, while the rest of the paytable is filled with high value and lower value symbols. To make a crack of thunder to rival the likes of Zeus, you’ll need to opt for the mini game options.

It should go without saying that, while the bonuses aren’t the most engaging, the actual game is a fine example of what Rabcat can do. Few slots have the depth of aesthetics and gameplay that this one has, with its flare of style being one of the most prominent characteristics. This is a four star game for sure.