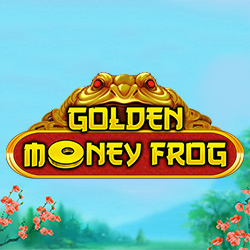 One thing we can never get enough of is oriental themed slots. The Golden Money Frog slot by Sigma Gaming is another addition to an already long list of Chinese themed slots, but with good quality and exciting bonuses on display. It’s based on the golden frog which is associated with good luckand wealth. The game also has oriental themed symbols like golden coins, turtles, golden fish and pink lotus flowers.

The 5 reel, 20 fixed line game has a very Zen atmosphere as all the action takes place in a pristine garden complete with a Money Pond. Take the frog for a spin and enjoy special features like scatters, wilds, bonus rounds, a progressive jackpot and more. Stakes start at a min of 0.20 to the max of 40.00 per spin.

Sigma Gaming doesn’t have a huge library of games yet, but they are working with decades of industry experience and knowledge to create some of the most interesting and entertaining slots. Some Sigma slots are favourites for many players in the UK and globally. They employ different themes and styles of gameplay in all their games. Their other slot includes Bollywood Party.

The main symbols in the game are the turtle and golden frog symbol. Both of these pay up to 500 coins if you land 5 on a payline. The golden fishes pay 250 coins and the lotus flowers pay 200 coins if you also match 3 of them.

Golden Money Frog is rather basic in the graphics department, but the gameplay and bonuses make up for that. The wilds, scatters and money pond bonus game present players with a lot of ways to win and are entertaining as well. The game gives you a high chance of winning the progressive jackpot if you keep spinning that bonus wheel.