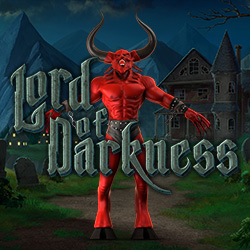 Lots ofscreams,blood and gore await you in this Lord of Darkness slot by Stake Logic. Get ready to make your way through the haunted house in this 5 reel, 25 winning line horror-themed slot. Spinners who aren’t used to the horror theme should tread carefully here because you are going to get spooked and then win scary payouts.

Lord of Darkness features excellent graphics with a creepy soundtrack to give you that scary chill as you spin your way toward riches.  Stakes start at 25p to £50 per spin and here you’re set to enjoy free spins, stacked wilds and more.

With the ever growing world of online slots, it’s becoming very difficult to serve up something new that punters haven’t experienced before. Stake Logic is looking to defy that logic with the slot releases. They present some of the most visually stunning slots seen so far. These feature quality 3D animations and unique and captivating themes.

Their slots include impressive 360°technology. Stake Logic’s slot Spartus is a perfect example where players can literally immerse themselves in the story of the300 Spartan soldiers led byKing Leonidas I.It’s a 25 line game featuring several bonus features that tilt the game screen left to right, which immerses players into the battle itself.

The slot design has captured the horror theme perfectly- the backdrop features the grounds of a dark and grimy looking haunted house. The reels feature symbols of males and females who turn into cartoon vampiresandwerewolves.The animation flows smoothly and the entertainment factor is high.

The same stunning visuals are on display at the reels too.Low value playing card symbolshave axes, splatters of blood and skulls embellished on them. Other symbols includebottles of red, gravestones, green potions,a devilandmale and female characters. The devil has the highest payout of up to 2,500 coins when you land 5 of them. Bonus features include;

Lord of Darkness has some of the best looking visuals within the horror genre. If you’re a gambler who loves aesthetics, then this art design will blow you away.The creepy soundtrack flows with the game perfectly. The game doesn’t have extensive features, but the free spins round offers some good payouts.