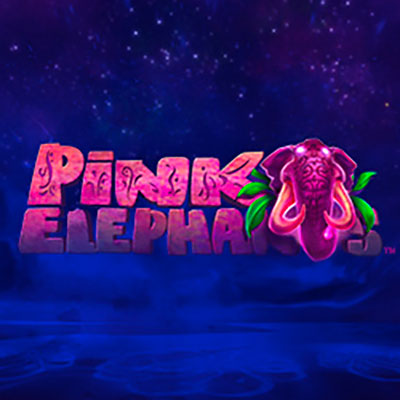 Welcome to the humid deserts of Africa where an adorable tribe of meerkats roam, in search of the Pink Elephant. Each of the colourful meerkat characters are individuals with their own personalities. They are differentiated by their symbol colours, blue, red, green or yellow. The game immerses you into the heat of the jungle with parched plants in the midst of heat waves, against the yellow, dry sand and the blue, clear desert sky. The game is set in a little desert oasis with authentic African music playing as you spin. So, join the meerkat tribe and get ready for a desert trek as you play, Pink Elephants.

Thunderkickare a relative newcomer to the gaming industry having launched in 2012 but since their inception they have gone from strength to strength, proving that they are a force to be reckoned with. They have used their fresh ideas and teamed it with unique high end graphics and production and created some of the best new online casino slot games.

Those cute little animals we call meerkats are actually from the mongoose family. These little creatures are very family orientated and live in ‘clans’ or ‘mobs’ of often about 20 meerkats and sometimes in super family’s, of 50 or more living together. They have a social structure and hierarchy, usually with an elder female at the head. They are found in parts of the Kalahari Desert in Botswana, in Angola, South Africa and in the Namib desert in Namibia. To look out for their predators, meerkats take it in turns to be sentries, standing on their hind legs and watching out for danger.

Come join these cute little creatures in their quest to find the Pink Elephant:

This Thunderkick title is tons of fun and the graphics and audio are dazzling. An engaging and immersive game that you are bound to love.